Tidbits from the Philippines, And What’s Next…

What a time it’s been. It’s been almost a week since our journey to the Philippines, and already it’s time to switch gears as the time for other events and guests draws near. Before we jump into what will be going on with us in the near future, we would like to share with you all some of our trip!

For much of the Cast of Casaq, it was their first time ever traveling outside of the United States. Other than Teresa and Gordon Skinner, Annella Whitehead and Letty Mejia, the cast had never been to the Philippines. The reasonfor the group traveling was a special invitation by our dear friend, Bishop Daniel Boloias, to share the play at the 24th annual National Prayer Gathering at the Cuneta Astrodome. The play was also done at the Rizal Park, and twice at our dear friend Rev. Patricia Capwell’s ministry, Institute for Foundational Learning. The team was able to have a large cast, thanks to the many youth of two of our dear friends’ churches: Pastora Elisa Reyes and Windows of Blessings in Christ Intl, and Pastor Efren and Door of Faith Christian Church, both the San Juan and San Mateo branches! The U.S. team and the Filipinos bonded and a beautiful friendship blossomed between the two. We appreciate Pastors Lisa and Efren, as well as their churches, for their support, love and hospitality! 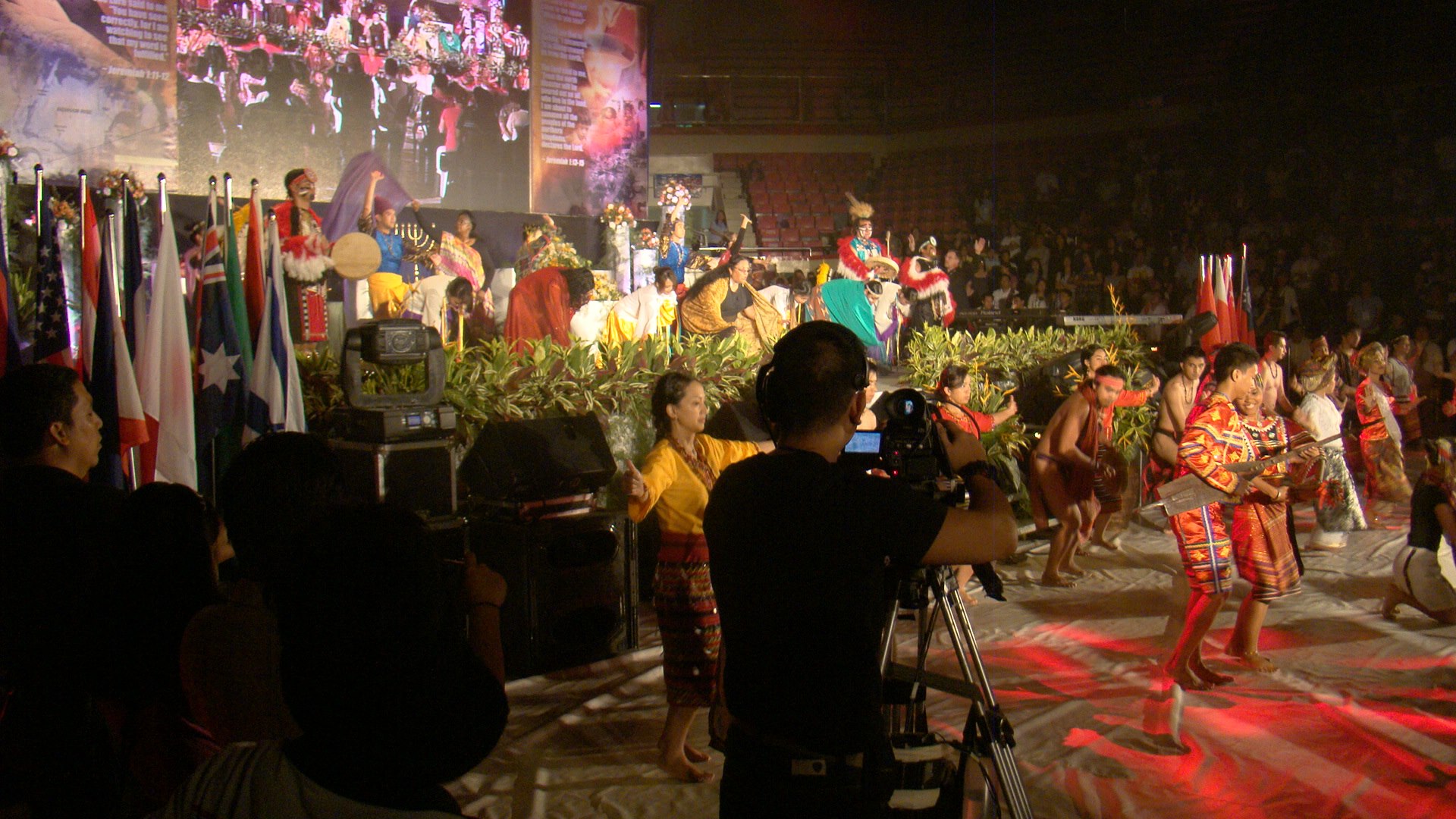 At the National Prayer Gathering, there were representatives of two indigenous groups of the Philippines, that live high in the mountains. During the “Spring Dance”, the final number of the play, both of these groups came to dance with the cast. What was truly incredible was that the indigenous people had never rehearsed with the Cast, yet their dancing flowed beautifully and truly complemented the play. At the end, both groups presented gifts to each of the team, causing much surprise and tears as the team accepted the gifts. The real gift wasn’t the articles themselves, but the love that was demonstrated through the presenting of the gifts. As Teresa said, it was a glimpse of Heaven, one that no one in that astrodome will ever forget. 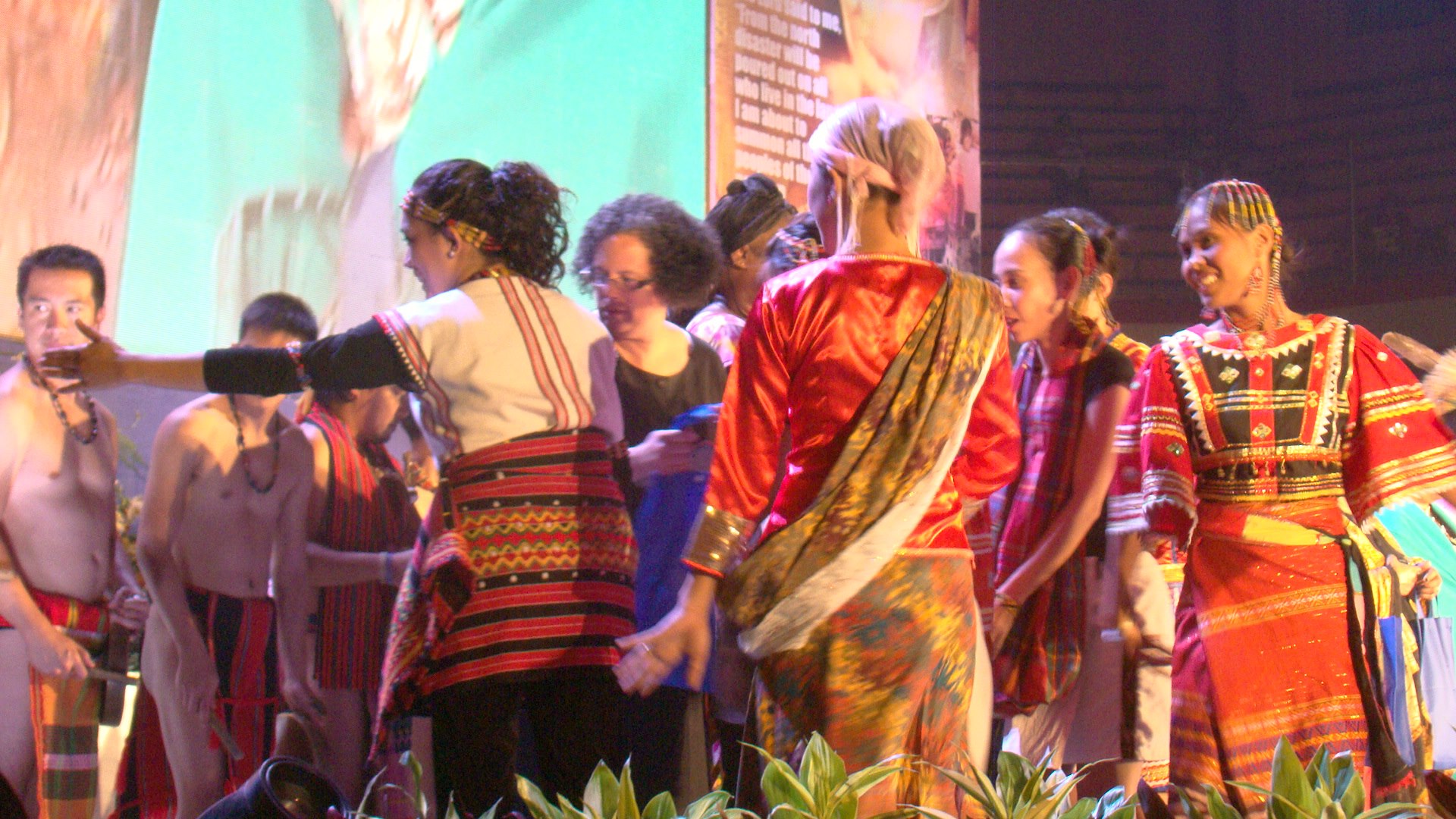 The presentation of the Gifts from the Tribal peoples of Mindanao.

The first Sunday the team was there, they were broken up into groups and visited several churches. Letty Mejia and Gordon Skinner spoke at both of Pastor Efren’s churches, and Ashley Flores ministered to the youth there, the young people of the team praying for them afterward. Carrie Durren, who plays the role of Mother Storm, did a beautiful interpretive dance, and each person shared their testimony before the congregation. Virginia Deuñaz ministered at Pastor Lisa’s church, and some of the team spoke there as well.

A portion of the team was able to visit Smokey Mountain, an area where although the people live in extreme poverty, their bright smiles and genuine joy capture your heart. One of the cast had this to say:

…they have so little, but there heart are rich with love. They praise God in a way that will fill your heart…Being in the Philippines for ten days was an eye opener. We see they have so little with ours eyes, but their hearts are rich with the love of God. That’s what we need here in the U.S., real love for God and one another.

The team was touched by the infectious smiles and joy of the people, and all remarked at how they would never be the same from that trip. Truly, all of our Cast had an eye-opening experience, and all were sad to leave when the time came for the teams to go home. The Lord touched many on our team, and a real change was made in their hearts. We praise God for the time in the Philippines, and we pray that our team, and those we worked with, will always remember their time there.

Teresa Skinner and Ashley Flores stayed behind and were able to attend the 25th anniversary of Pastora Lisa’s church, where their was presented with a proclamation on behalf of All Nations International, for their longstanding relationship with All Nations, and as congratulations for 25 years of service to their community, and to the pe9ople of the Philippines. 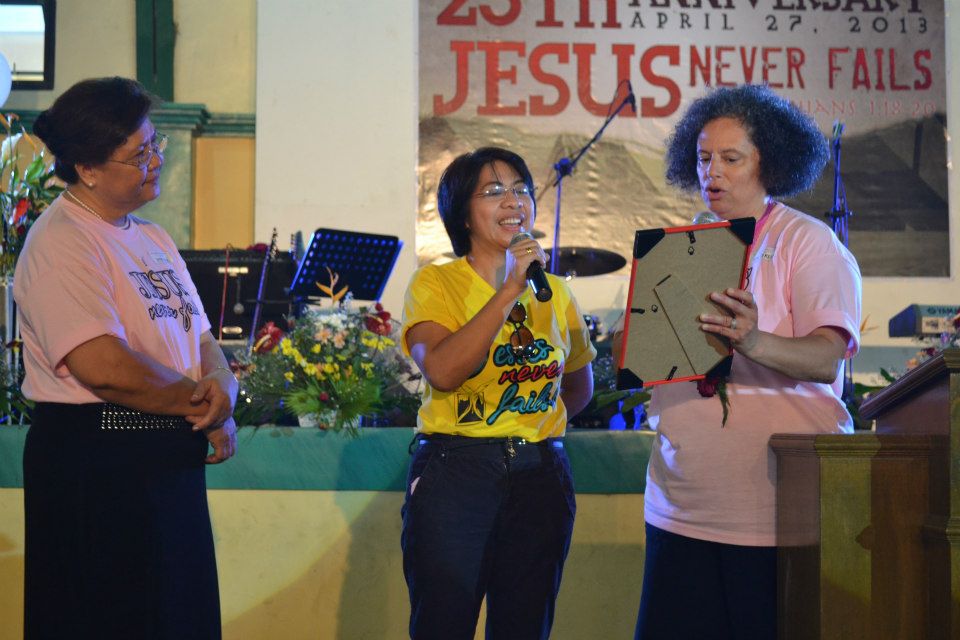 The trip impacted the team in a way that resonated deep within them. It was a blessing and one the team is ready to experience again!

We may slow down, but never stop! Next week will be Casaq the Eagle again. There will be a performance at a local high school, and then at the Soboba Indian Reservation. For more information on these and other performances, be sure to follow the Casaq the Eagle Blog and Facebook, as well as the website.

We are happy to report that Sister Gertrude is coming for her yearly visit! She is already in the states, visiting with different churches and telling them all about the school and it’s precious children. During her visit with us, there will be an African Tea Party, in which Sister Gertrude will be our guest speaker.

We are happy to have Stan Bodick visiting with us for the month. It’s a joy to watch him continually strengthened and increasing in the Lord. Praise God!

We have a new message up on our Transcribed Messages page entitled “Faith”. Be sure to read it, share it, email it, print it, however you can share His word to His people!

We love you so much.

Your family at All Nations International.