I was invited by Beth Say, as a guest photographer, to join her ministry, Harvest Wheelchair Project, for a family camp at Tita Pat Capwell’s School Institute of Foundational Learning located in Cabuyao, Laguna, Philippines. According to Tita Pat, (as she is fondly called) the camp was the first of its kind in Cabuyao. We saw almost 20 families with PWD’s (People with Disabilities) bravely arrive. There were various forms of disability: Down Syndrome, Cerebral Palsy, Spinal Bifida, and more.

There were several focal points of the camp: 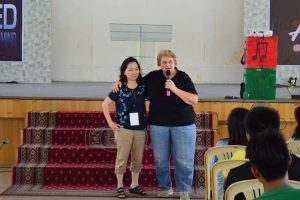 The first day was registration, dorm assignments and getting to meet to the families. Some were parents who had children with disabilities. Some were aunts, uncles, even grandparents caring for their disabled relatives. Some were adults with disabilities, curious to see what this camp was about. The morning session included worship, a welcome and some fun ice breaker games as they met their designated volunteer. Part of the week’s goal was that each family would have 1-2 volunteers from Tita Pat’s school as a dedicated guide, walking both the parents/guardians and children through the week’s activities. This was a bit of a challenge, seeing as the families had never heard or seen such a thing, and many were shy. The afternoon session was the first break-out session that saw the children going off to their own activities without the parents. This was another small challenge, as most of the parents and guardians are seldom separated from the children. While the children were led to a time of worship and play, the participants were treated to a Spa Day. There was more hesitation, however, after some coaxing and watching some of the volunteers take full advantage of the services being offered, they quickly made their rounds at each station. This was the beginning of seeing the participants allow themselves to truly relax and enjoy the massages, facials, manicures and haircuts. 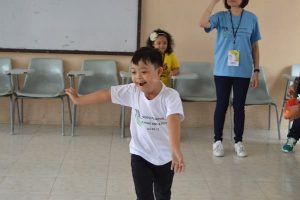 The second day we saw a drastic difference with the participants. There was a light in their eyes that was not there on the first day. After the message by one of our team members, the breakout sessions for the participants were more intimate, as the adults were divided into small groups. Through guided questions, we saw the participants begin to open up about the struggles and challenges of day-to-day life with a PWD. There was such vulnerability and a sense of stepping out as these precious people talked about things in a way that they had never done. The afternoon session saw more of the same, and there was a sweet time of ministry as the presence of the Lord met each of them. We saw tears, breakthrough, revelations and questions asked about the Lord, as well as several adults and children give their hearts to the Lord that afternoon. We also had a photo booth area for the families, where they could take a family photo that would later be put in frames made by the children, as a souvenir. In the evening the campers put on a talent show and blew all of us out of the water! The talent and extraordinary giftings of each child were on display and some who were so shy earlier, sang and danced their hearts out. We laughed and even teared up at some of the selections of the participants. We gave out gifts to the families as well as to the talent show participants. 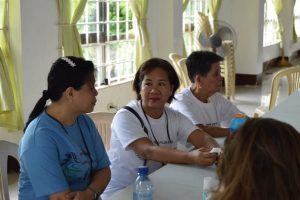 The last day was the saw the final morning message and breakout session. In the afternoon, following the snack, the volunteer team of Harvest Project and IFL dispersed amongst the families to pray over them a blessing. Throughout the three days of the camp, we heard many ask, “Will you do this again next year?” Tita Pat announced that for the IFL annual Christmas party, the families would be invited to return and join. In the afternoon, after the last camper left, both Harvest Project and IFL volunteers gathered for lunch, and to share about how the camp had changed them. Many of them shared how serving the families had been a blessing, and one young man shared how he saw that he was more disabled than the children who came, as he had been a bit reluctant and nervous about being around PWD’s. 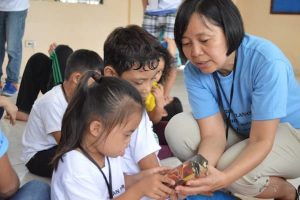 Tita Pat shared that in IFL’s 30 years of operation, the ministry covers many areas, but the one “gap” they didn’t work in is with PWD’s. She said that she along with IFL would take up the challenge presented that week and begin to work with those families who came as well as the many that are in the area of Cabuyao and Laguna at large. Tita Pat had already contacted all the churches in their area prior to the event, telling them of the camp for follow-up purposes. She spoke of working with the local churches to connect the families with churches closest to them that they may have fellowship and support. 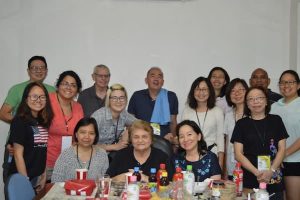 What was an emotional feeling for me to see, Dr. Beth Say and Tita Pat along with Juanita, Rosalie, Edith and other long standing IFL team members. After 30 years, again they came together, to bring Isaiah 58 in a much-needed way to these families. The anointing and flow of the Spirit was very present. It was an honor to represent All Nations and watch the fruit of what was sown into the Philippines by Rev. Agnes I Numer and others so many years ago.

Rev. Agnes’ prophetic word to the Philippines in 1989 was Isaiah 60, “Arise and shine for your light has come, and the glory of the Lord is risen upon you.” It felt like a new thing happened that week, and I got to see it.

There is already talk of another camp next year, possibly involving a Special Olympics event. I’m excited to see how we can continue to be a part of what is happening at IFL with Harvest Project.