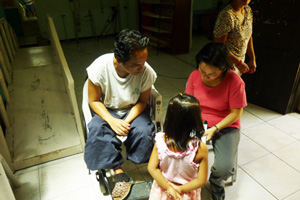 Brothers and sisters! We serve a God who does extraordinary things through ordinary people. I was able to witness His invisible hands at work on the team’s behalf. Unexpected events have moved me in a direction that I’ve never seen before in previous trips (Mexico and China). I’ve witness that God is He who says He is. 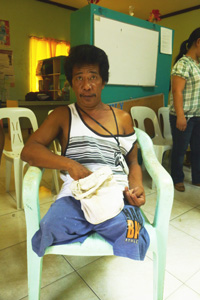 The scripture passages which stood out as I look back. Vision from All Nations International.

Isaiah 58: “Is not this the kind of fasting I have chosen:
to loose the chains of injustice
and untie the cords of the yoke,
to set the oppressed free
and break every yoke?
7 Is it not to share your food with the hungry
and to provide the poor wanderer with shelter—
when you see the naked, to clothe them,
and not to turn away from your own flesh and blood?

As I conclude my journey with the Lord. Just like the boy who gives the loaves and the fishes. Give to God what you have. Watch Him move. He will open doors. It’s all about what God does as I respond to the prompting of the Holy Spirit. As I obey His prompting. A relationship has been built and until now, I do hear how lives have been touched and transformed. I didn’t know where God is going to take this ministry. One thing I know, He is all about touching people’s lives. May you find tonight’s sharing and apply it in your unique situation. I want to give Him the glory as I witness God’s character in this journey.

I would like to invite you to join me as we reach one more for Him. Here are few prayer points:

Mobilized short term mission members to join me along with few others from the Philippines in May 2015 (Laoag and Dagupan 12 hours/5 hours from Manila)-Go with a purpose! Go and make disciples! “Go as a learner” “Vision trip”

Pray for the previous and future recipients- they would see God as the “Giver of the gift”.

The vision team from FEC was able to minister through songs and prayer at STAC in summer of 2014.